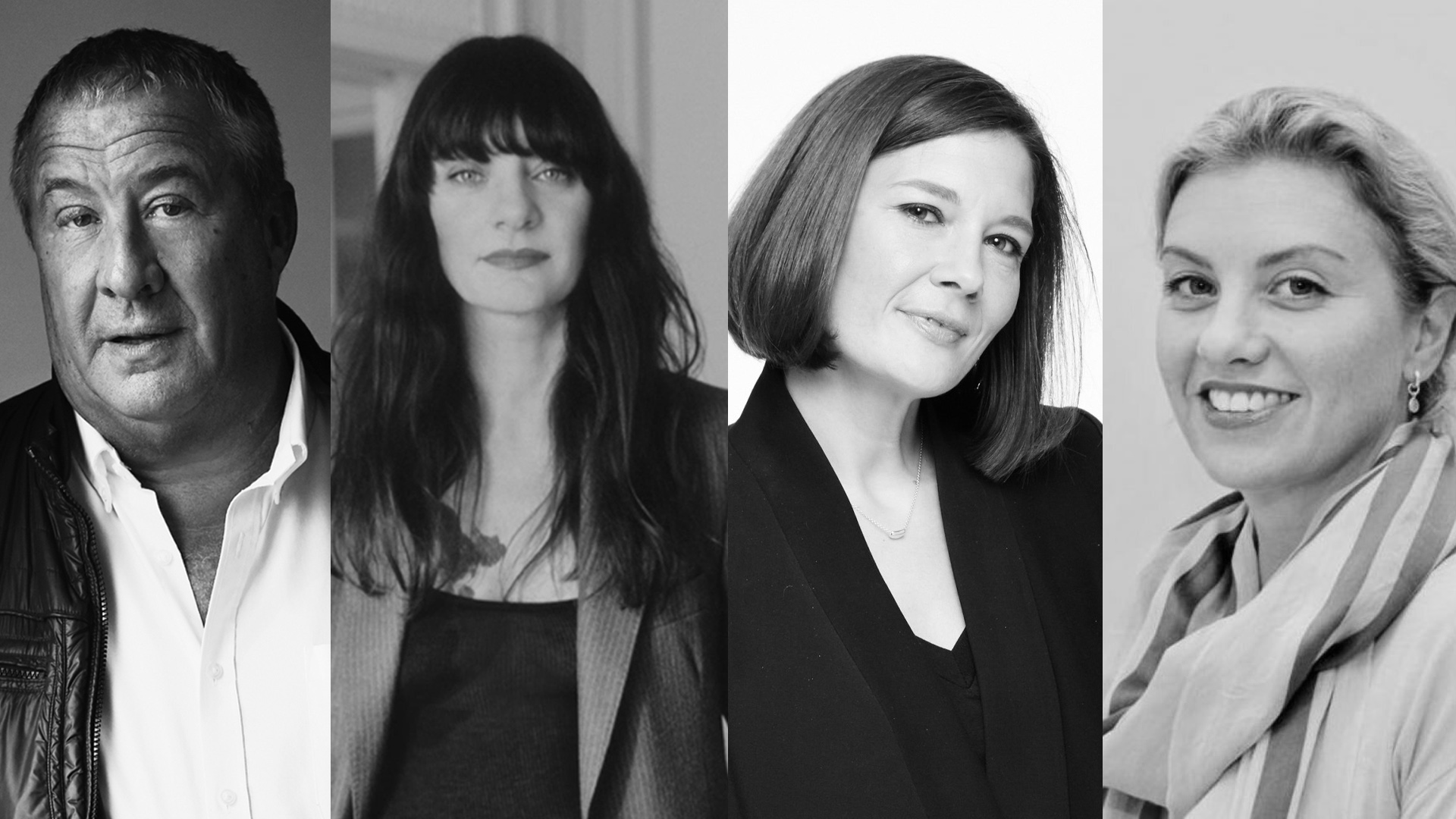 In Review 2022: The big beauty appointments

2022 has seen a lot of change in the beauty industry, with several high-profile businesses changing leaders, appointing new executives, and launching new strategies.

As we approach 2023, TheIndustry.beauty has curated a list of the most important appointments from the past year. Each headline directs to further information on the appointment.

Having served as CEO and Executive Chairman at a number of UK-listed companies, including SureServe Group and Mears Group, Revolution Beauty believes that "he is the right person to drive the business forward".

Revolution Beauty Group announced the appointment of Elizabeth Lake as its Chief Financial Officer. Lake replaced Andrew Clark, who stepped down from the role in July 2022.

With over 25 years of financial and commercial experience, Lake joins the company from Everyman Media Group, where she has been CFO since 2019. Prior to Everyman, she was CFO at Science in Sport and has held other roles at Hugo Boss, Marks and Spencer, Pearson and Thomson Reuters.

Sephora announced the appointment of Sarah Boyd as its new UK Managing Director, which was made effective 2 January 2023.

Sylvie Moreau, President of Europe and the Middle East at Sephora, said: "In her new role, Sarah Boyd will have the fantastic challenge of writing the next page of our story in the UK. Together with our talented UK team, she will build the brand into the UK’s most loved beauty community, starting with the opening of our first store in early 2023.”

Cowgill quit his long-standing role at JD Sports in May 2022 and moved into his new role in November. He is working closely with CEO Sanjay Vadera and his leadership team as the fragrance giant plans to expand.

Sanjay Vadera commented: “We’re delighted to welcome Peter to the TFS family. With our proven strategy and clear momentum, we know The Fragrance Shop can develop into a world-leading multi-channel retailer. We’re looking forward to the counsel and experience Peter will bring as we expand and grow.”

Mian joined Beauty Pie from Madeby Collective, where she served as SVP/General Manager since December 2021. In her new role as President of Beauty Pie, Mian is helping to scale up the beauty company's growth. 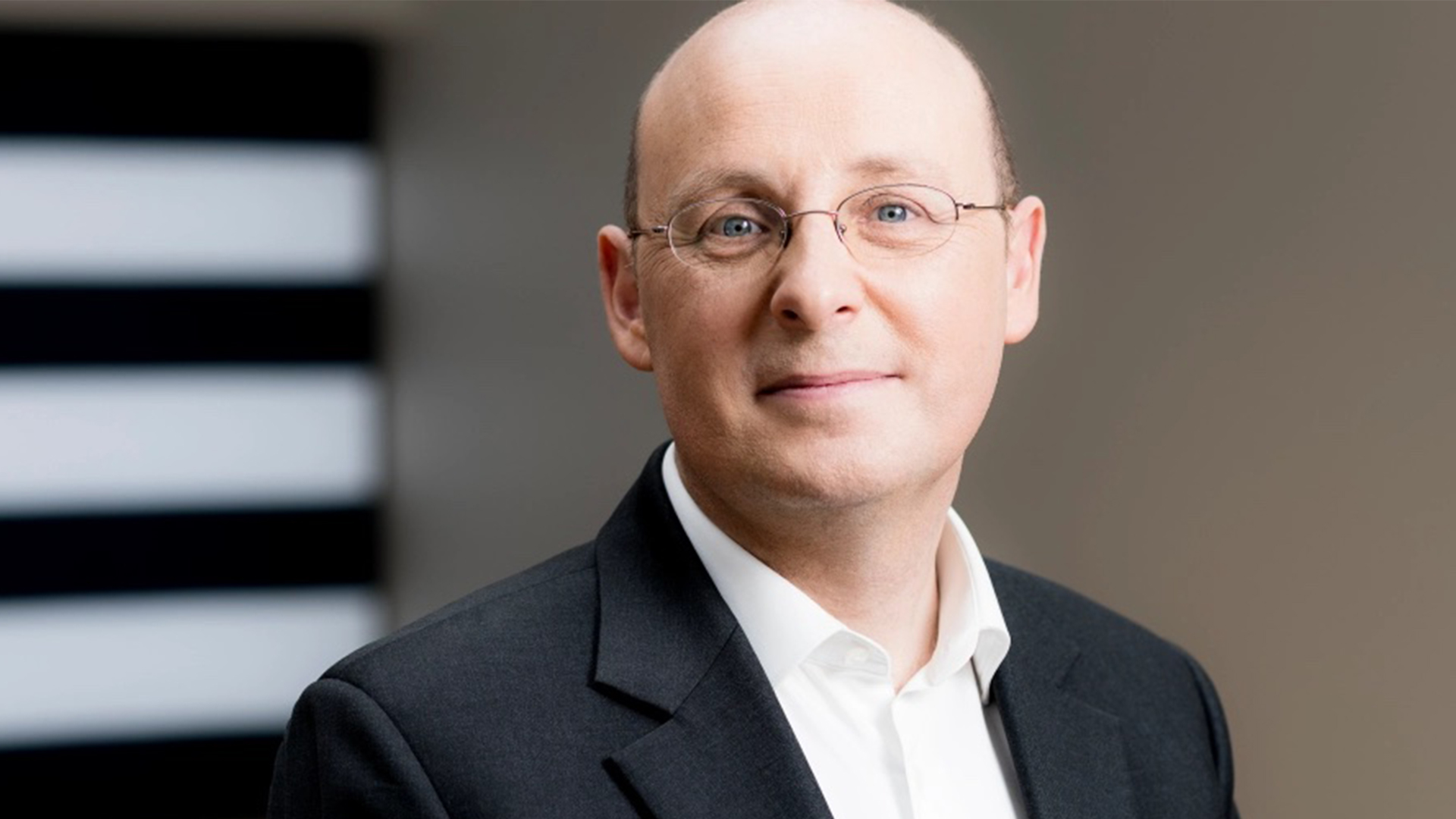 Joining Sephora from LVMH Fashion Group, Motte currently serves as Deputy CEO, and will step into his new role 1 January 2023. Prior to this, he was President of Sephora Europe and the Middle East. Motte will succeed Chris de Lapuente as CEO and President.

In October 2023, Sephora returned to the UK online. The retailer took over the Feelunique website, which was acquired by the beauty giant in September 2021. It also announced the opening of a new London store in Spring 2023.

Miles has over 25 years of experience in driving growth among major UK-based and global brands, such as Sephora and Feelunique. At the beauty e-commerce platform Feelunique, she led a team that grew revenues to more than £100 million prior to its sale to Sephora in September 2021. Previously, Miles spent five years at Amazon, including running the apparel side of business across Europe as Director of EU Apparel. 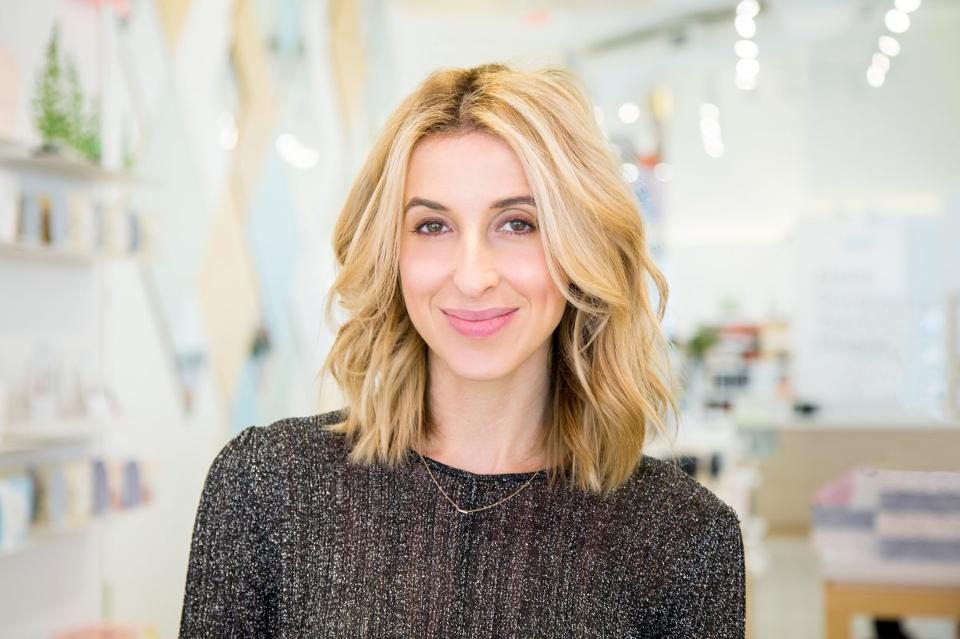 Beauchamp, who stepped down from Birchbox last year following its acquisition by FemTec Health, replaced Victoria Beckham Beauty co-founder Sarah Creal who left earlier this year. Beauchamp was instrumental in driving Birchbox’s growth from it was established in 2010 to over one million customers and 500 brand partnerships, including MAC Cosmetics and Lancôme.

In October 2022, L’Oréal Group appointed Sandrine Groslier as the new Global President of Luxe Fragrance Brands, which will see her manage eight fragrance brands across the L’Oréal portfolio.

L'Occitane Group announced the appointment of Laurent Marteau as its new Group Managing Director, which was made effective 1 September 2022. Laurent joined the company from La Prairie Group, where he served as Vice President of EMEA and sat on the company's board. Prior to this, he worked for LVMH Group for 15 years, in various senior management roles including Worldwide Travel Retail Director of LVMH Fragrance Brands.

André Hoffmann, Vice-Chairman and CEO of L'Occitane Group, said: "We are delighted to welcome Laurent to further drive our transformation into a global, multi-brand group. His in-depth knowledge of the global beauty industry will be a real asset to accelerate our long-standing omni-channel strategy in our key markets."

US-based beauty brand Stila Cosmetics announced Michelle Kluz as its new Chief Executive Officer in August. Kluz is the founder of Sydney-based luxury activewear label Urban Savage. In 2018, she served as interim CEO of Tough Mudder Bootcamps upon the founder's exit and was also previously the CEO of Pure Barre and BBRC.

Commenting on her appointment, Kluz said: "I am incredibly excited and energised to work with the exceptional employees at Stila, as well as the company's business partners, to ensure we continue to inspire and deliver sophisticated and accessible products to our loyal customer base, expanding our reach, including through key retailer partnerships."

Haus Labs by Lady Gaga announced the appointment of Stephen SantaBarbara as Chief Operating Officer, bringing his years of beauty expertise and a "new level of global, operational excellence" to the brand.

Haus Labs was previously named Haus Laboratories and first launched on Amazon in 2019. The brand has now been completely reimagined with a new name, appearance and its own direct-to-consumer website.

Lamy joined the company after 8 years at Loro Piana. Prior to this, he was Chief Operating Officer for Shang Xia and also spent over 13 years with L’Oréal, where he held a number of positions in the luxury and travel retail divisions.

In her new role, Pica works closely with Byredo's Founder and the brand's product marketing team to develop the next phase of its colour cosmetics line. Pica brings six years of makeup experience at Chanel to Byredo as well as her sophisticated signature looks to the brand's makeup offering. 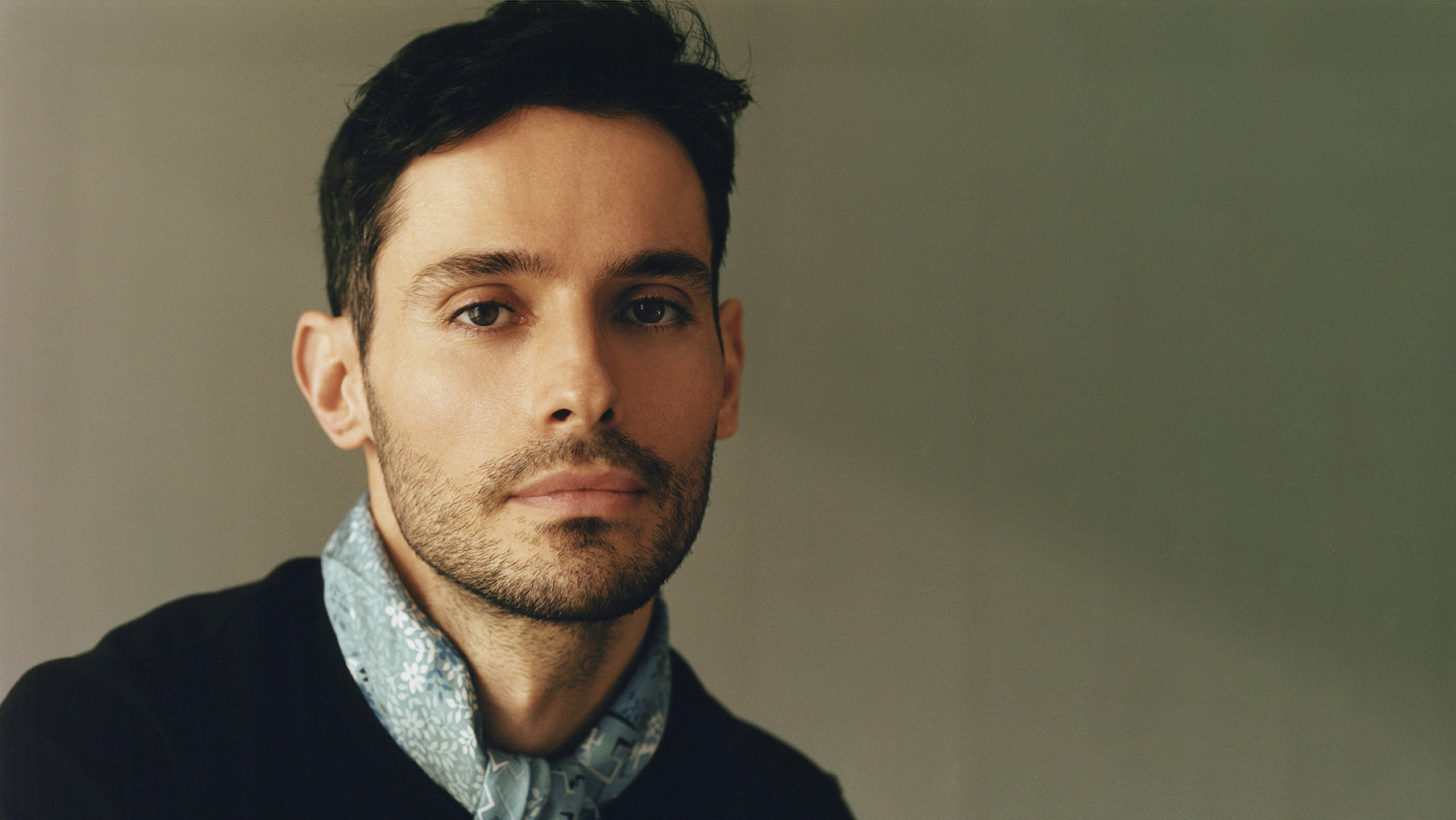 Gregoris Pyrpylis was appointed as Creative Director for Hermès beauty, succeeding Jérôme Touron in the role.

Hermès started its colour cosmetics division in March 2020, launching a range of refillable lipsticks. The company has now expanded to include blush and nail polish.

Agnès de Villers, president of Hermès Parfum et Beauté, said: “We take a crosscutting perspective to creating objects for Hermès Beauty, an approach born of several areas of know-how that complement and enrich each other, with the aim of serving an artistic vision expressed through the object, material, color, gestures and eco-responsibility. As an expert in the colors, textures and gestures that express and elevate beauty, Gregoris’ talent will be a driving force for Hermès Beauté."

REN Clean Skincare appointed Michelle Brett as CEO in January to drive its next phase of growth and the brand's "Clean to the Planet" positioning. Brett was formerly with fellow Unilever Prestige brand Living Proof, where she held senior positions and was latterly senior vice president of sales.

She joined the skincare business just as it announced it has reached its pledge to be Zero Waste by the end of 2021 with 100% of its packaging now being recycled, recyclable or reusable.

Coleman will report directly to Beiersdorf Executive Board Member Patrick Rasquinet, who is responsible for the Pharmacy & Selective Business.

Emily Weiss stepped down as CEO of the disruptive beauty business, Glossier, which she founded eight years ago. After taking maternity leave, Weiss took on the role of Executive Chair handing the CEO reins to Kyle Leahy.

Leahy joined Glossier at the end of last year as Chief Commercial Officer, having formerly held senior roles at Nike and Cole Haan, and will take over as CEO immediately. 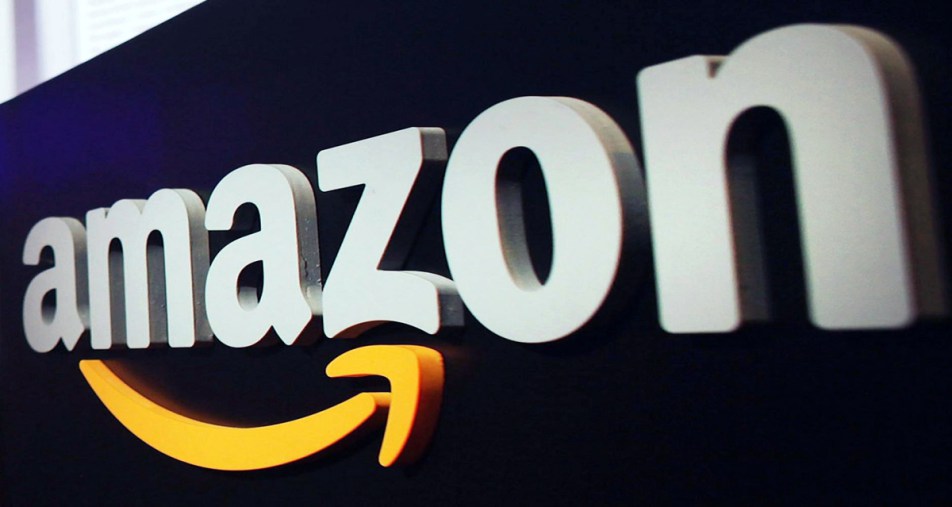 Shop til they drop: the play that takes us inside an Amazon...
The Guardian 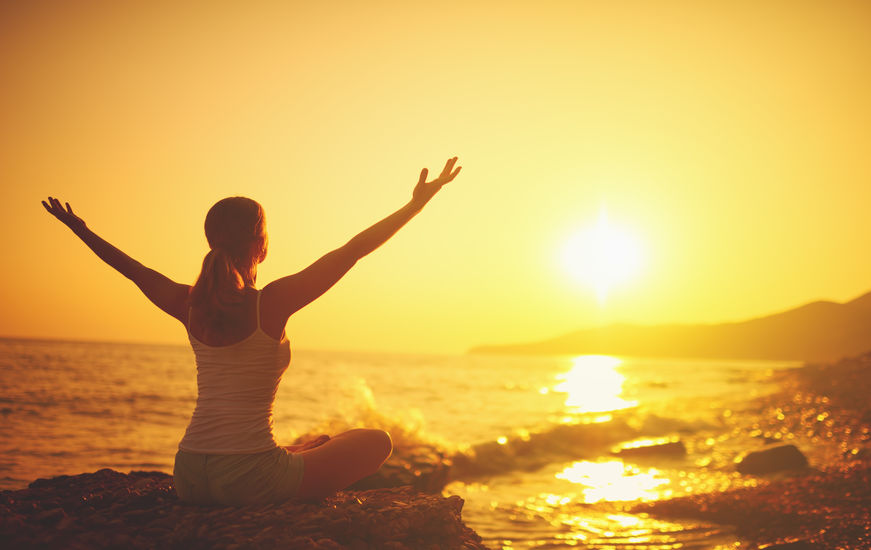 Wellness is swallowing the fashion industry whole. Should I...
The Guardian 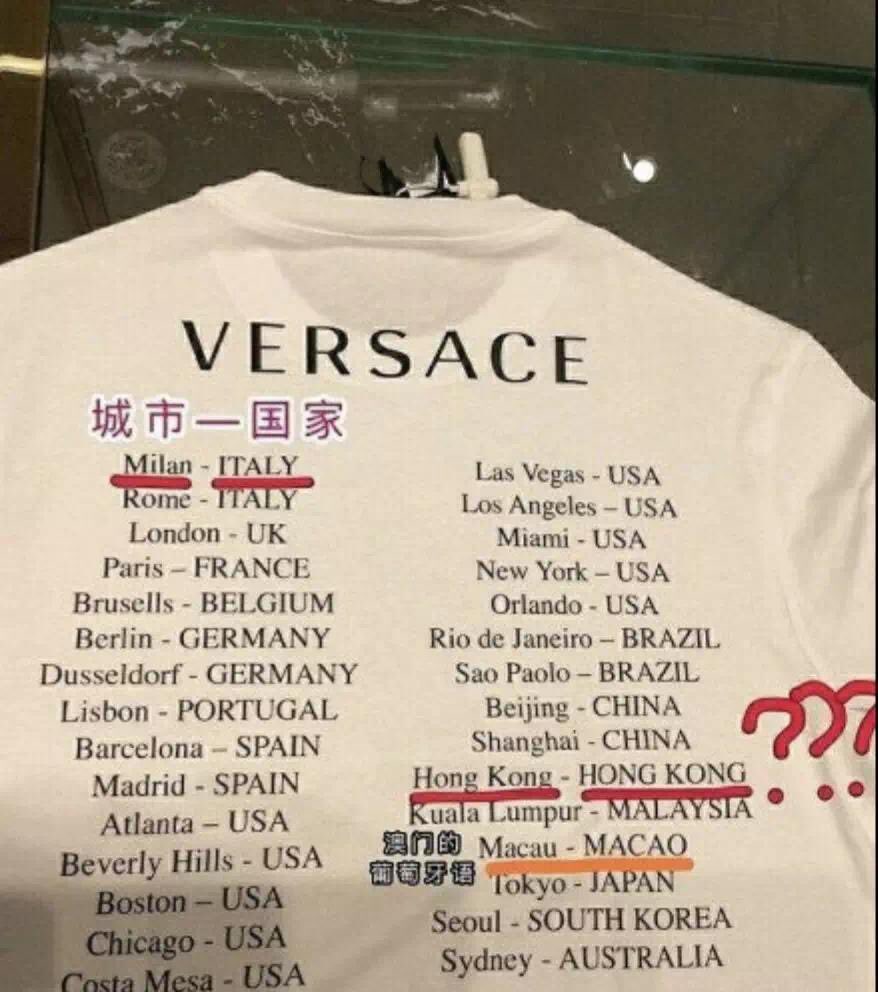