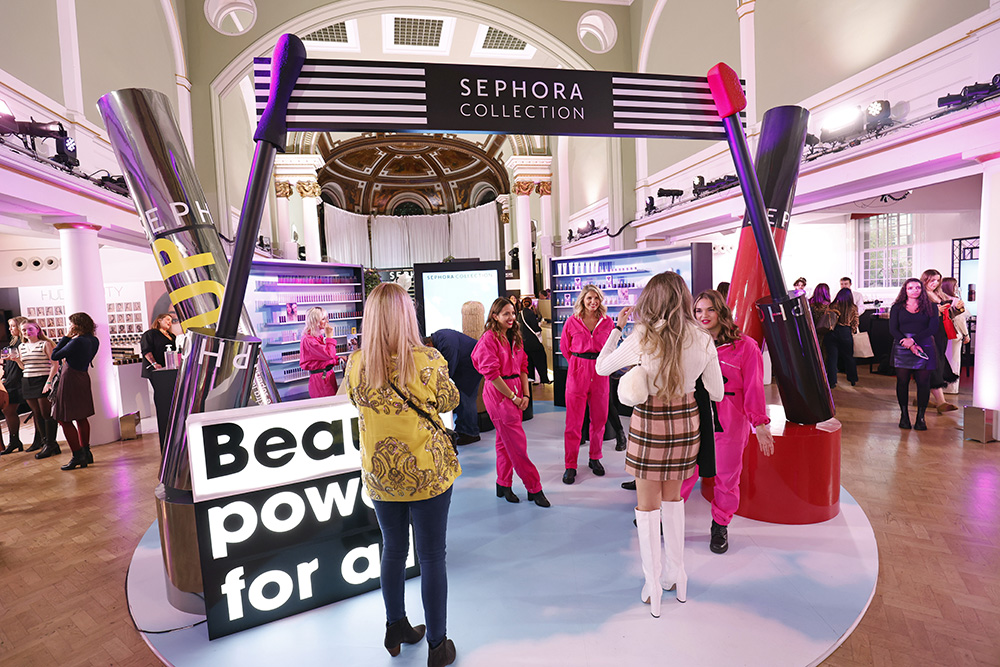 Sephora is back in the UK with a bang and after months of speculation about its plans for this market, we now have the detail, though it is keeping a few surprises up its sleeve for now.

The global prestige beauty retailer has confirmed it will be opening four stores in the UK next year, in London, Birmingham, Manchester and Glasgow, following the hotly anticipated launch of its UK online store at the start of this week.

Speculation has been mounting for months about the exact location of the stores but the LVMH-owned retailer is remaining tight-lipped on specifics for now. However its online arrival in the UK has been anything but low-key with Sephora – which has been named by Interbrand as one of the Top 100 global brands – staging a high-profile pop-up event in London for press, influencers, brands and some lucky customers this week.

Speaking ahead of the two-day extravaganza at One Marylebone, Sarah Miles, UK general manager for Sephora (and formerly CEO of Feelunique), told TheIndustry.beauty that the retailer had been plotting a return to the UK “for quite a long time”. “We’ve been looking very long and hard at how best to approach the market,” she said. 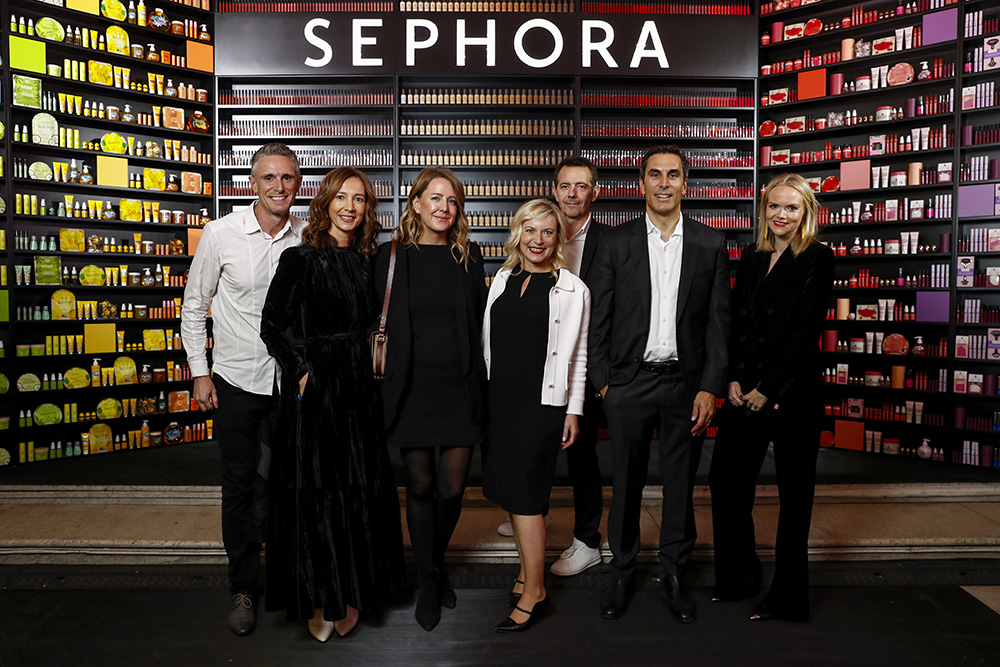 Sephora exited the UK in 2005, having opened only a handful of stores in the market. Sources claim high rents and tough competition led it to throw in the towel, but it's fair to say the consumer has missed it. No self-respecting beauty consumer would take a trip to the US or France, for instance, without stopping off at a Sephora for a haul. Now they can shop right here in the UK, albeit they will have to wait until March next year for the first store to open.

Last year, in a prelude to its return, Sephora acquired online beauty retailer Feelunique in a £132 million deal and has been using learnings from the brand’s 1 million UK customers, along with Sephora’s global beauty know-how, to build out its proposition for this market.

“The acquisition was a year ago. Feelunique is a 17-year-old business so has been serving the UK consumer digitally for 17 years and learning about them in terms of what they buy, how they browse, and in the last year we’ve been putting together all of that with the incredible Sephora knowledge to understand what to do and in what order,” Miles explained.

The first step was a rebrand of the Feelunique website and social media channels on Monday of this week, along with the launch of a new app, but this wasn’t just a new coat of paint. Some 38 new brands were added to the site, including Makeup by Mario (fun fact its founder Mario Dedivanovic started his career in beauty as a greeter at Sephora Flatiron in New York) and JVN Hair, the inclusive hair care brand from Queer Eye star and celebrated hair expert Jonathan Van Ness, which had previously been exclusive to Space NK in this market.

“Sephora has been an incredible partner to JVN in the US, Canada, and Australia so it made sense to grow with them globally,” Catherine Gore, global president of JVN and skincare brand Biossance told us. 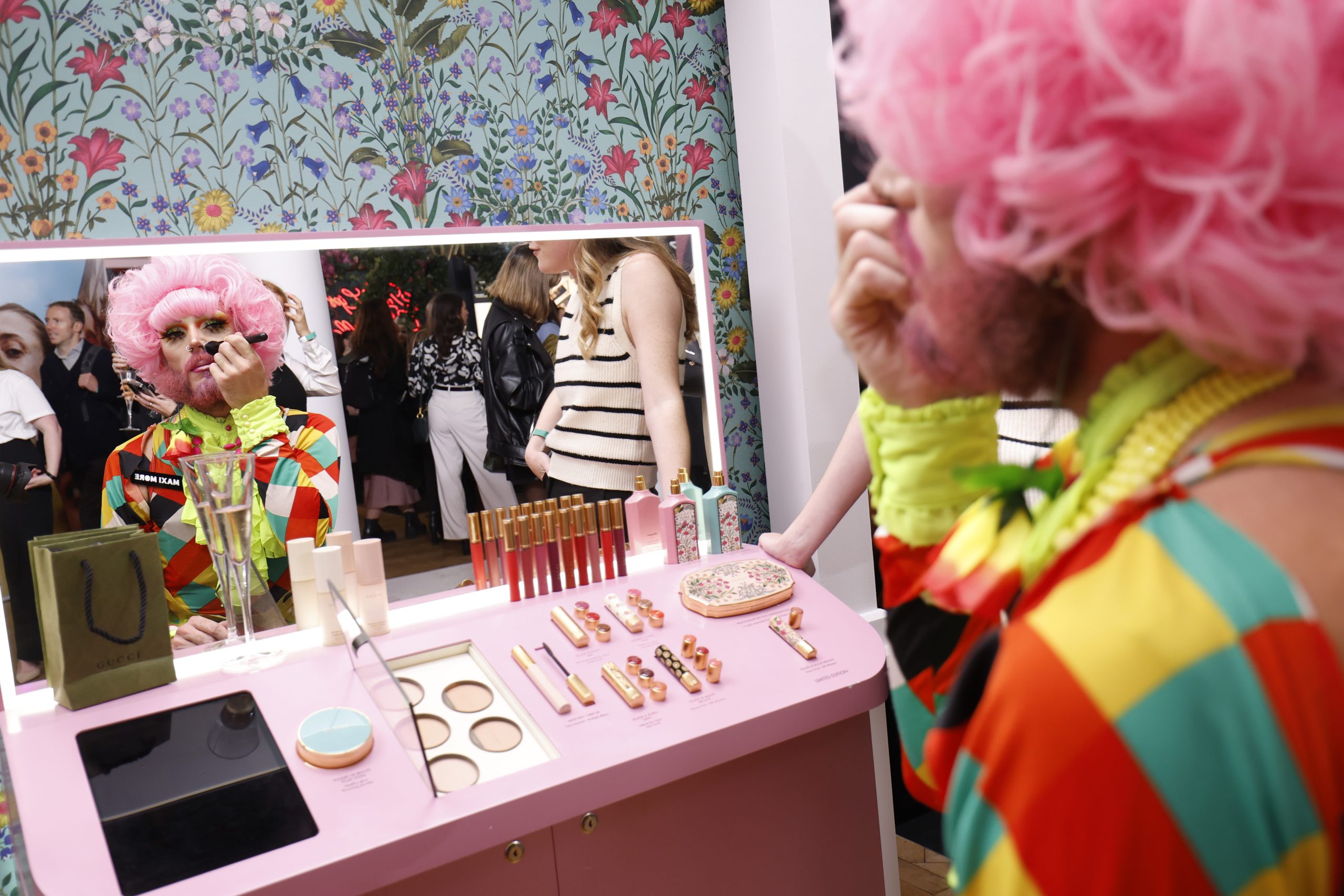 Maxi More tests out Gucci Beauty at the launch event

While we don’t know where the physical Sephora stores will be yet, it’s probably fair to say there will be a stampede to them wherever they are, particularly if the response to the launch of the website is anything to go by. “Consumer engagement has been phenomenol, and on the first day maybe a little too phenomenal,” Miles joked, referring to a site outage caused by a surge in traffic on the day of the launch, which has now been rectified.

“One of the things about the UK market is that it’s very big. It’s one of the top 10 prestige beauty markets in the world. It’s growing, still. And it’s actually very resilient so through economic cycles, up and down, and it’s very digitally savvy. As you look at how things have settled down as we come out of the pandemic, the UK prestige market is about 40% online which is higher than many other markets,” explained Miles.

As well as being digitally savvy and resilient, the UK market is very diverse – in common with the fashion industry, beauty consumers here are much more driven by individual expression that by trends – and very well informed. Thanks to social media, the UK consumer looks to Europe, the US, Asia and beyond for inspiration and is very open to new brands. Offering an exciting brand proposition in this market is going to be key to its success.

Some of the exclusives consumers can expect in-store include ONE/SIZE by make-up artist Patrick Star, GXVE from Gwen Stefani and Makeup by Mario. Many more are set to be announced and will sit alongside a raft of niche, prestige and power brands from Gucci to Dior, Huda Beauty, Ole Henriksen, Byoma, Glow Recipe, Fenty and many, many more.

“One of the amazing things about being part of Sephora is that this [finding new brands] is their power alley, they have the global merchant community whose job it is to seek out, nurture and explode the most extraordinary brands. We leant very heavily into that expertise to choose the brands that we thought would be the most exciting for the UK consumer. There are some that we have in the locker that will be coming in the next one month, two months, three months but equally [introducing new brands] will be a continual activity," Miles said.

On top of this Sephora has its own brand, Sephora Collection, which takes in a vast array of skin, body and haircare, as well as make-up. The brand is sometimes overlooked amid the excitement of the big names and niche players but it's something of a hidden gem (it's made in the same factories as some of LVMH Beauty's biggest brands) and for those in the know, it's a big draw. 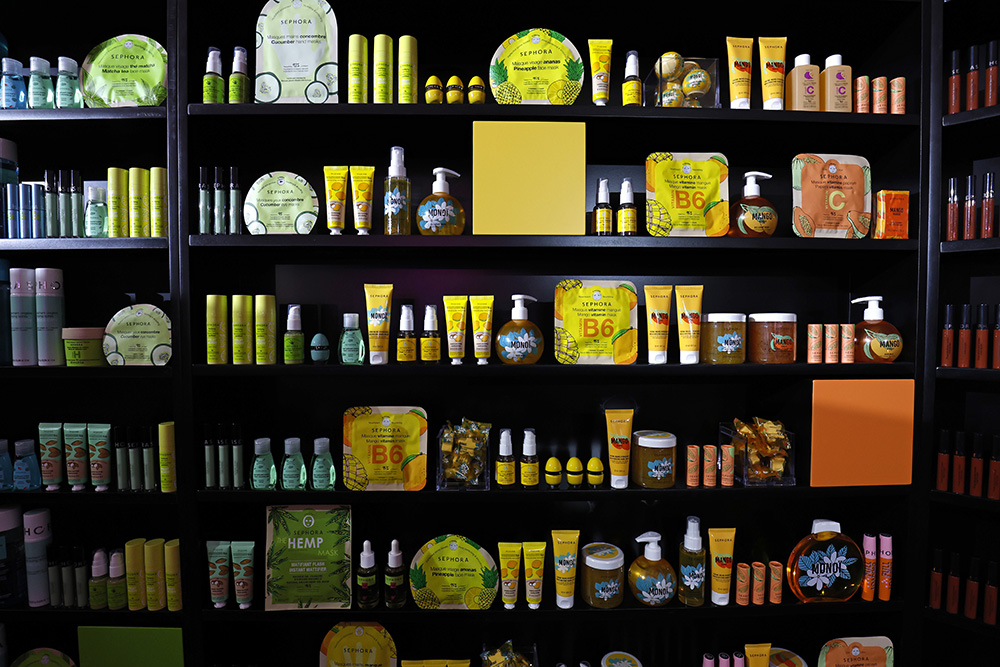 This compelling brand mix and the in-store experience are going to be key to Sephora's success in the UK. Since it left the market it has been changed dramatically with new players in the market, such as Harrods' H Beauty concept, NEXT's standalone beauty stores, along with chains including Boots and Superdrug leaning in to beauty in a more meaningful way. That being said, there have been exits such as department store chain Debenhams (now online only), which creates more room.

“It was a long time ago [when Sephora was last in the UK], it was 20 years ago and the prestige beauty market has changed drastically. There have been new entrants, there have been people who have exited. The physical market looks very different and consumers have embraced online. So Sephora comes in this time with a humility of having brought a partner to help them enter [the UK] and certainly a partner with 17 years of digital data.” 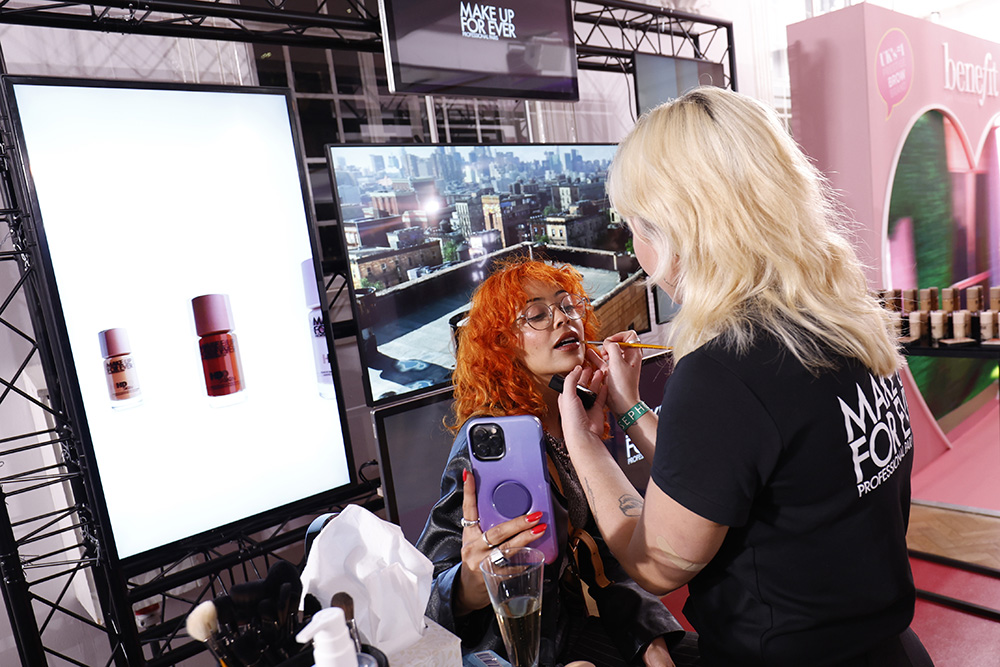 Beauty treatments in action at the launch event

If the high-energy pop-up experience is anything to go by, then we are in for a treat. Two floors of One Marylebone, as well as much of the outside space, were transformed into a wonderland of beauty with all the major brands (with many founders in attendance) taking a space to showcase their products and the expertise of their teams. On top of the pop-up, the brand has taken over the famous Piccadilly Lights in London with its UK launch campaign called, Express All of You. Hundreds of taxis in key cities have also been wrapped in its branding.

It's hard to imagine that any other brand could have generated so much buzz before it's even opened its doors. “It’s great that there’s so much excitement," said Miles, "but it also means that it’s beholden on us to do a good job.” On the evidence so far, it very much looks like it will. 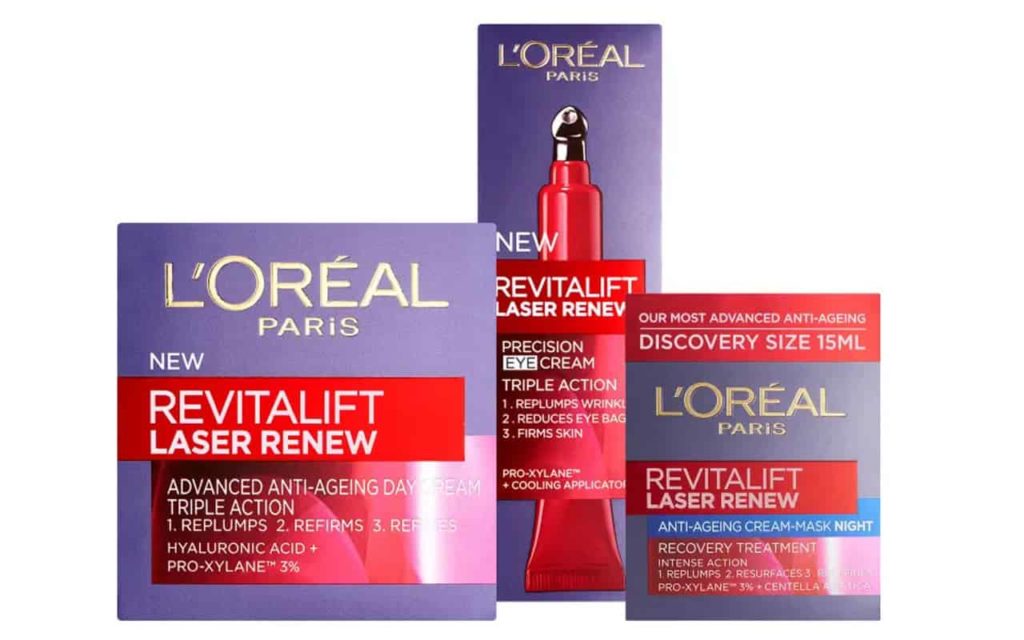 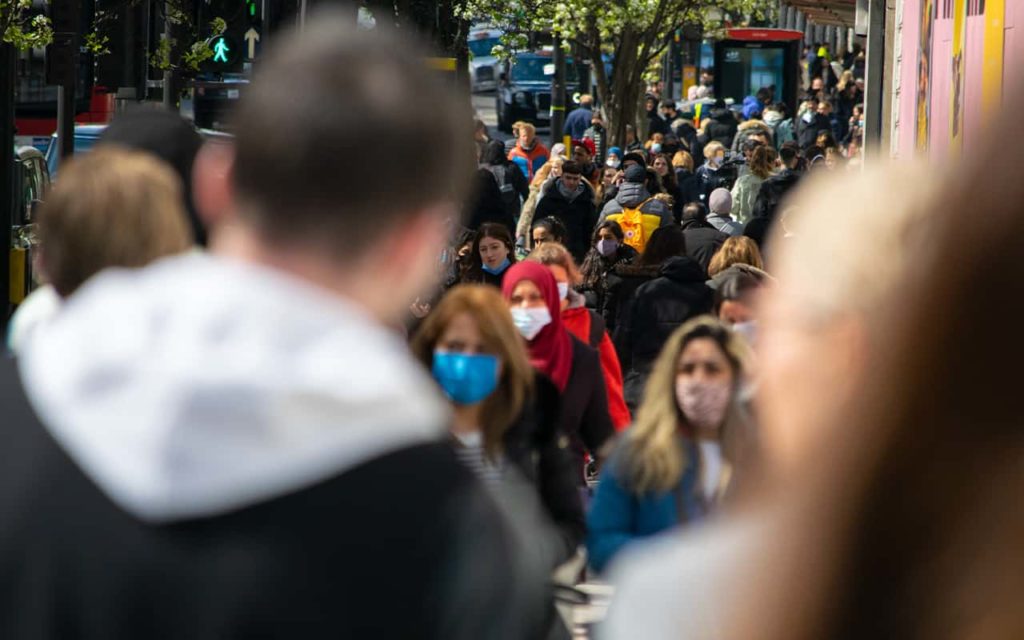 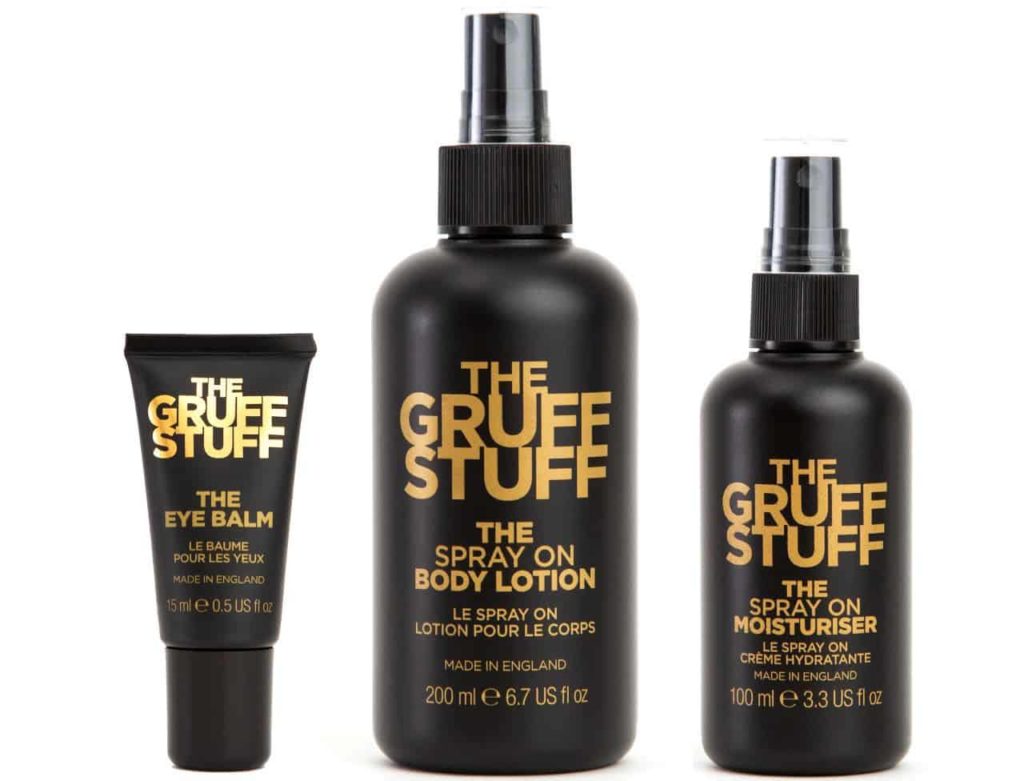