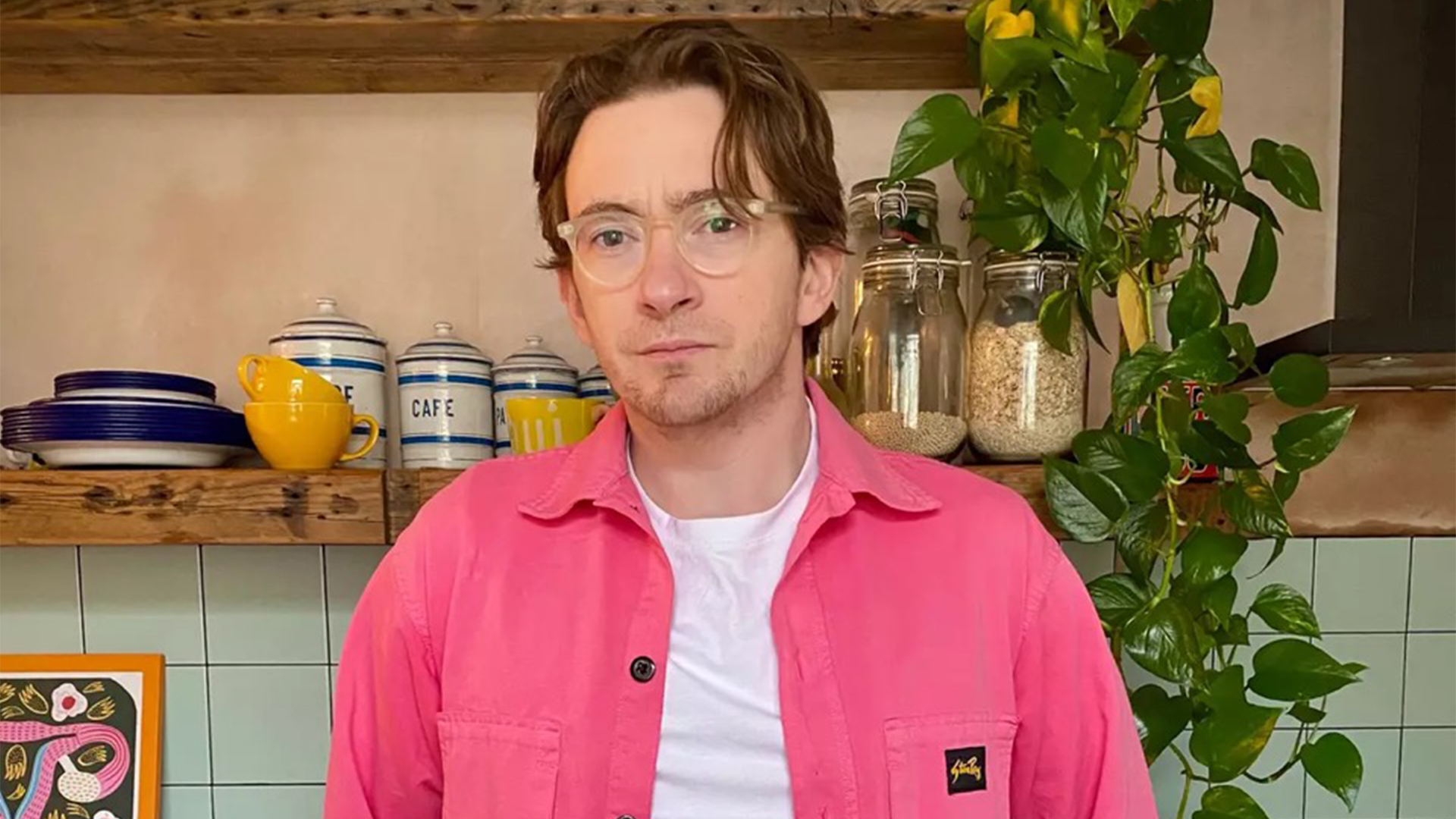 Subscription-based sustainable deodorant brand Fussy was founded by Matt Kennedy in 2020. Known for its growing range of natural deodorants, each product is created with sustainability at its core.

In a niche market of responsible deodorant brands, Fussy hopes to encourage consumers to adopt conscious personal care with its refillable design and mission to create deodorants backed by science, not buzzwords.

In this interview with TheIndustry.fashion, Matt Kennedy speaks about Fussy, the significance of each product ingredient, the brand's work to become a B Corp and how a successful appearance on BBC's Dragon's Den doubled its customer base.

Tell me about your career background. What were you doing before Fussy?

It's a long-standing joke between my friends and I that I've had several careers. For me, a career is more about a combination of skills and experiences that you've had - be that in one job or many. I was set up for a career in engineering from a very young age but dropped out of University in the first year.

I managed to save up to go back to University to qualify as a surveyor. I then became a project manager overseeing sustainable construction projects in the city. But again, I hadn't found my purpose and it wasn't creative enough for me. I retrained after winning a scholarship to the worlds top ad school and worked for many years in advertising as a Creative Director. All of those experiences were useful for when I started Fussy - from pitching in recruitment, project management and finance in my surveyor days and marketing in my advertising role.

What inspired you to start the brand?

It was frustration really. I was working with some of the bigger brands and witnessing first-hand their failure to address the problems we face and thought we could do better ourselves. Then my wife was pregnant and she couldn't find a natural deodorant that worked. So, it was the combination of those two frustrations at home and at work that basically led to Fussy.

How did you go about starting the brand?

To be honest, the process that we'd go through now to launch a product is very different from what we did back then. I'm not going to dress it up, we literally got on Google and just searched "deodorant manufacturer UK" and that started the process. Taking that first step is the hardest thing.

We started in February 2020, working evenings and weekends whilst I was in advertising and then launched as a Kickstarter in October. From this we raised some investment, I quit my job and the product launched in June 2021. So, it's almost a year and a half from concept to market.

Fussy is an interesting name, how did you come up with it?

We wrote pages and pages and pages before landing on Fussy. It's about having high standards. Brands should do better and consumers should demand more of them. So, we're championing that we want people to be fussy about the products they believe in. Then for us internally, we're saying we're fussy about our products, our suppliers and our customer experience.

Can you tell me about your products?

We are really focused on designing sustainable products that are simple, effective and desirable. We have five different scents developed with a leading fragrance house, along with unscented. Then five outer case colours to choose from.

We use just nine ingredients, which are all natural and plant-based. There's shea butter and coconut oils to soothe your skin. We've then got actives that work to neutralise the smell of the sweat. Well, that's slightly incorrect as sweat doesn't smell - it's when the sweat meets the bacteria that likes to hang out in armpits. So, we target that bacteria with bicarbonate of soda and magnesium hydroxide. Along with a probiotic called lactobacillus, that you commonly find in yoghurt and it fights the bad bacteria and neutralises it. The third function is absorption. We use tapioca starch to absorb some moisture because unlike an antiperspirant, it won’t stop you sweating. 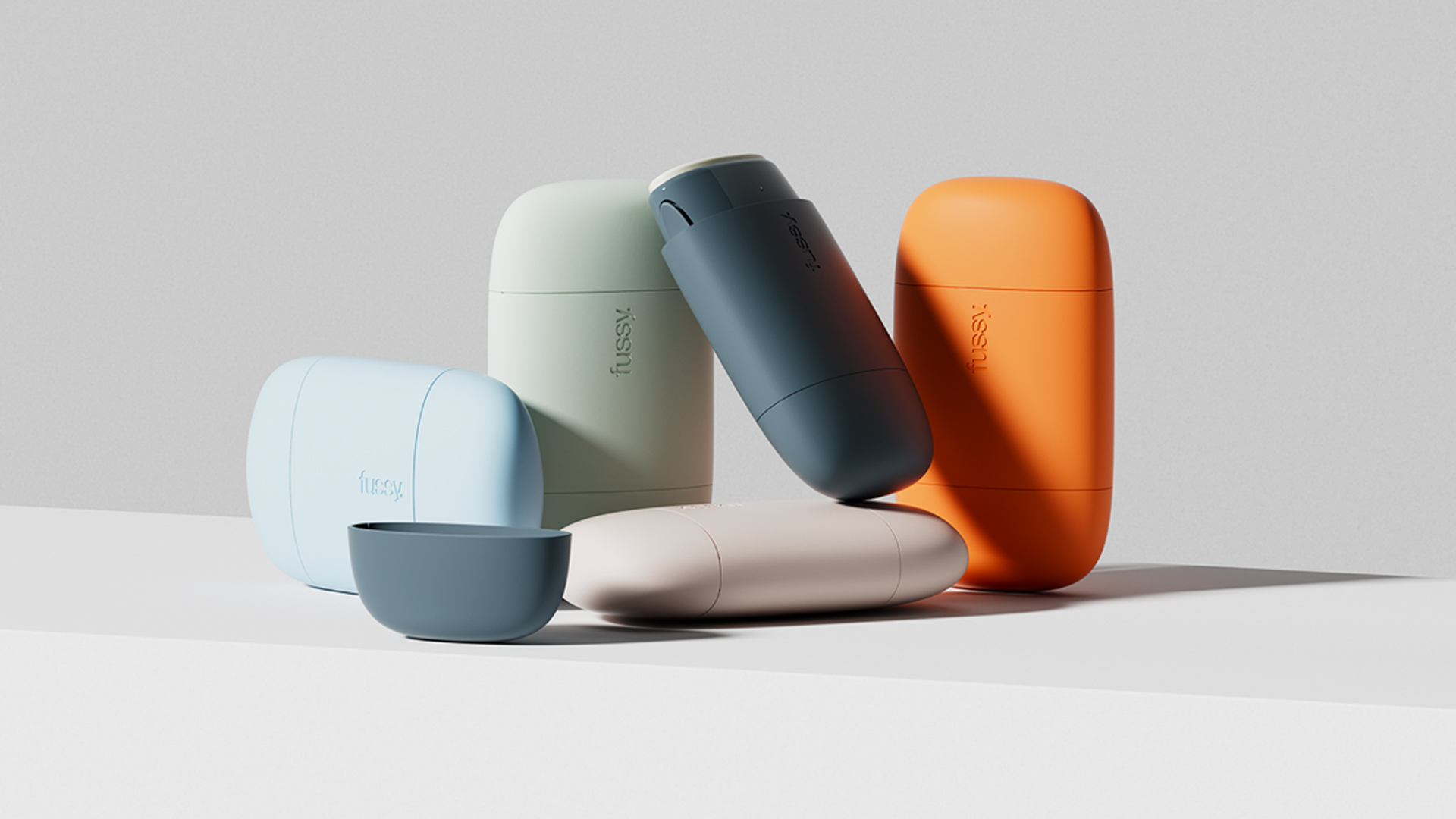 We've talked about how the brand is responsible in terms of ingredients, but how else is Fussy sustainable?

Firstly, being a refillable product. So, every time you put a refill in that effectively stops a single-use plastic or aluminium mixed with plastic product from going into landfill or the ocean. The refills are plastic-free and made from waste sugarcane, which will just decompose in your garden or the bin.

In terms of the supply chain, we worked with an external organisation called Climate Partner. They looked at every element of the product, so we could examine our carbon footprint and help eliminate our carbon emissions. Where we can't eliminate, we offset by supporting green energy projects around the world.

We are also working to become a B Corp. Any brand can come out and say they're a sustainable company, however with B Corp you are held to account, sustainability becomes a stakeholder in your business.

Ultimately though, what would really solve the issues we face is to stop consuming but unfortunately that's not going to happen anytime soon. So, it’s about how we can encourage people to consume more responsibly. And that’s where Fussy comes in.

Is there anything that makes Fussy different or better from its competitors?

Design is a differentiator. We want people to have a beautiful experience as well as the coolest looking product on the market. Then there's our effectiveness. We develop our formulas in-house and really lean into having a formula that is backed by science, not buzzwords. There's a few competitors but I think the whole market is moving that way. It's about providing consumers with enough choice so that they make those sustainable decisions.

You had a successful appearance on Dragon's Den in February, what was that experience like and how has it benefitted the brand?

It was crazy. I'm so glad we did it! It was filmed back in June, so we'd only just launched and didn't have much to show. So, that was nerve-racking. We practiced a lot, so I was quite pumped going in. However, when the cameras started going, my legs began shaking. My wife and I had a baby two days before and my former business partner and Co-founder Eddie also broke his leg - we were a right pair.

We suddenly went from having 20,000 customers to 40,000. Everything doubled and effectively that growth would have taken us about eight months regularly. We would've had time to hire more people and prepare for it. Although, these were nice problems to have. We've now recruited extra people and hopefully this will have a really positive impact. It's also been great for brand exposure. You effectively get ten minutes of organic TV, where the Dragons were singing our praises for most of it.

You started your Dragon's Den pitch by jumping out of a bin, what was the thought process behind that?

We were trying to visually demonstrate a problem that we throw away 3.2 billion single-use plastic deodorants every year, which is enough to fill so many of those bins. But also, to be frank, the producers said there's no guarantees you'll get on the show. So, I said what if I jump out of a bin? They said that might get us on the show. There was a trap door in the back and I've been informed that they fixed that back on and the bin is being used somewhere at the BBC headquarters. 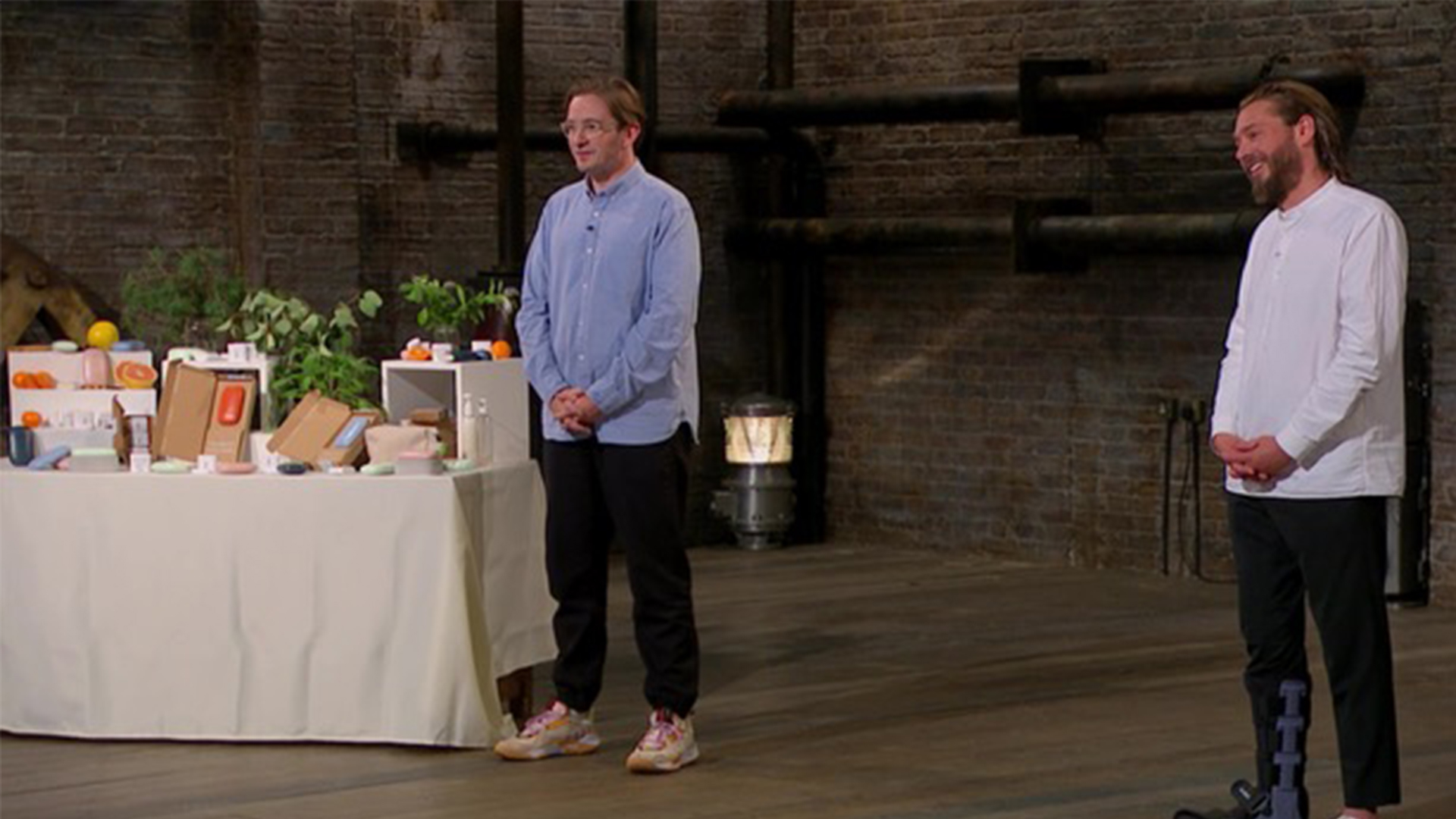 Obviously Dragon's Den was great marketing for you, but how else do you market the brand?

We are really focused on building the community through all our channels and making sure that our customer experience is amazing. It’s also really important to consider distribution channels as well as marketing. So, for us that means retail and how we can expand into different territories.

Finally, what are you ambitions for Fussy going forwards?

I think for us, it all goes back to our ambition to banish single use plastic in the bathroom. Anything in the bathroom is up for grabs. But what I would say is, it's really key that we focus on our core proposition, which is making sure we've got the best deodorant and not losing sight of that.

We want to be the authority figure in sustainable personal care. It's quite a fragmented market and we want to be the brand that people don't just buy products from but come to learn from too. 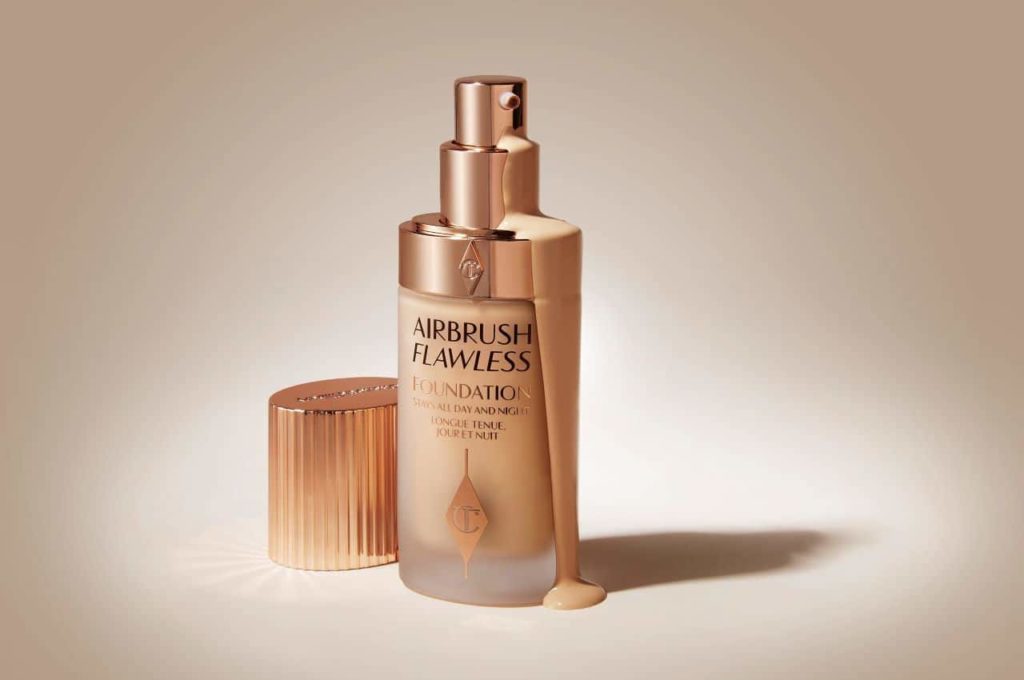 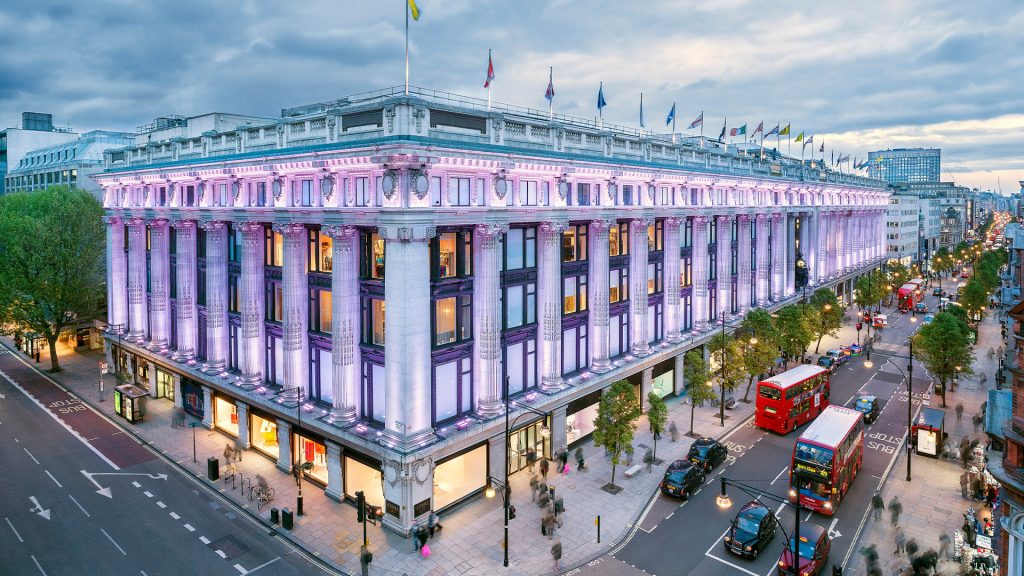